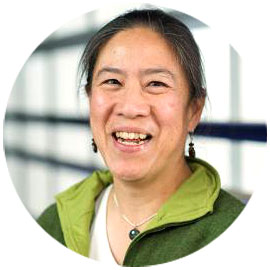 …the value of the Wikipedia assignment lies in giving students first hand experience in constructing knowledge. Writing the articles showed them how it’s made; that it changes over time, and it does so in part as a result of competition and cooperation.

Last term I outsourced my teaching. A bunch of people I’ve never met and whose identities and whereabouts I don’t know taught my students. They did it more effectively than I could and they did it for free. And what’s more, you could do the same thing.

Seriously, it doesn’t involve call centres in India or child labour. What it does involve is the Wikimedia Foundation (WMF). The WMF has many projects, but the one most people know about is Wikipedia, the world’s most popular online reference work, attracting some fourteen per cent of global internet traffic daily.

Concerned about the quality of Wikipedia’s entries, the WMF established an education program now global in reach, aimed at enlisting university faculty and students in the task of grounding Wikipedia articles in the existing scholarly literature. My course was part of the Canada Education Program, the only history course enrolled so far.

How did you use Wikis in your course and what made you decide to do this?

I substituted writing Wikipedia articles for the usual term papers as the major assignment in HIST 396, my third year North American environmental history class at UBC, which has an enrollment of sixty. The students worked in teams to improve existing articles and to write brand new ones. In all, they wrote on thirteen, all subjects in Canadian environmental history.

While it’s obvious why the WMF would want to avail itself of free expertise, it probably isn’t clear why I’d volunteer my own labour and that of my students to its program.

I’d like to say that it was because I was attracted by Wikipedia co-founder Jimmy Wales’ philosophy of making knowledge accessible (at least to those who have an internet connection). As he puts it – somewhat more grandly – “Imagine a world in which every single person on the planet is given free access to the sum of all human knowledge. That’s what we’re doing.” Certainly in the context of the battles between some Canadian universities and Access Copyright, as well as the international rebellion against academic publisher Elsevier, his arguments resonate. It’s odd that we seem to be in the midst of an intellectual enclosure movement at the very same time open-access journals and crowd-sourced knowledge are gaining momentum and legitimacy.

While Wales’ philosophy is appealing, what led me to experiment was something far more prosaic and self-centred; namely my frustrations in the classroom. For the past two years, a pile of unclaimed HIST 396 term papers has accumulated in the corner of my office, evidence of my failure to engage students adequately. It was as if the energy and anxiety that went into these fifteen- to eighteen-page tomes dissipated completely when they were handed in. The authors of these abandoned papers didn’t, it seems, care how their ideas and arguments resonated with their audience – me. Increasingly, it seemed ridiculous to have students spend time doing something they weren’t interested in and for me to spend time doing something they weren’t interested in; namely writing comments.

While anyone can assign a Wikipedia article as a class project, there are some important benefits that come along with participating in the WMF’s Global Education Program. Some of these were material: I got access to the learning resources that the WMF had developed, and more importantly, I got help in the form of people: I could e-mail or Skype the Education Program Advisor for Canada and rely on the help of WMF-trained “campus ambassadors” who essentially were TAs for the assignment. These campus ambassadors were graduate students at UBC (and NiCHE members!) who volunteered to do the training as a form of professional development; a way of augmenting their teaching portfolios.

I also had the assistance of three “online ambassadors.” They’re members of the Wikipedia community, expert editors who volunteered to help my students and me with writing articles because they just happened to be interested in the subject matter. Beyond their handles – “The Interior,” “Wetman,” and “maclean” – and what each said about themselves on their Wikipedia “Talk” pages, I have no idea who they are. Their names materialized on my Wikipedia assignment syllabus within hours of me putting it up.

These online ambassadors are the key to understanding the major benefit of having students write Wikipedia articles; namely, the experience they get of the process of knowledge creation through their engagement with a broader community of knowledge makers. Anyone can write and edit a Wikipedia article. And of course, anyone can read what’s written and comment on it. And they do.

What has been the result?

The public nature of Wikipedia, and the fact students felt they were contributing to something that would live on after the class was over made the task of writing an entry exhilarating and intimidating at the same time. The self-consciousness that came from writing something that wasn’t just for me, a TA, or, at most, the other students in the class, translated into a level of care about both the form and content of their writing that I don’t always see.

Nor was it just the size of the audience that made them self-conscious; it was also who was in the audience. For instance, the entries on hydro dams in British Columbia attracted the attention of an engineer with Hydro Quebec (a self-confessed “dam geek”), a bureaucrat with the provincial Ministry of Energy and Mines, and people who lived in communities adjacent to the dam.

When Wikipedians like these took issue with what they wrote, the students couldn’t just be self-conscious: they also had to respond. Learning how to explain why they had written what they had, to defend it respectfully, and to modify it in light of valid criticism was incredibly valuable. I was impressed with how the students stood up for themselves, especially given that not all community members abided by the first rule of Wikipedia: “Don’t bite the newbies!” Take this salvo on the Talk page for the W.A.C. Bennett Dam:

Improvements? Well, not quite
Now, I guess I am not a true “Ambassador” of whatever project or class you guys at the University of British Columbia must be, but I don’t think the effort to improve the article was entirely successful. Let me list a few PROBLEMS I see so far….My basic question is this: Was this dam put there to serve the governmental and social agendas of its namesake and other bureacrats , or was it put there to make some money for the province or its people? It’s like painting an elephant on the side of a bus and coaxing people to “ride the elephant to work.” It’s a bus, people. This is a dam, not a social studies project.

Before the students could respond, other members of the community jumped in:

Give them some time before jumping to conclusions. According to the plan posted in the section right before this one, there are two sections devoted to construction of the dam (which is something I pointed out above, btw. Bouchecl (talk) 17:32, 24 March 2012 (UTC)

Uruiamme, thanks for taking the time to comment and provide some analysis. This article, like all of Wikipedia, is a work in progress. The article has indeed improved since the beginning of the year (compare then and now)…. maclean (talk) 02:54, 25 March 2012 (UTC)

My basic question is this: Was this dam put there to serve the governmental and social agendas of its namesake and other bureacrats , or was it put there to make some money for the province or its people? It’s like painting an elephant on the side of a bus and coaxing people to “ride the elephant to work.” It’s a bus, people. This is a dam, not a social studies project.

In the end, the value of the Wikipedia assignment lies in giving students first hand experience in constructing knowledge. Writing the articles showed them how it’s made; that it changes over time, and it does so in part as a result of competition and cooperation. Knowledge is a compromise, willing and grudging. It’s the outcome of exercising power and it is powerful.

Even though students wrote encyclopedia entries rather than conventional essays, the way they did so – through a Wiki – taught them important lessons about the nature of knowledge and the construction of arguments. In this case, the medium was the message.

Do you have any advice for instructors hoping to implement this in their course?

People interested in what I did should look at the Wikipedia assignment syllabus for HIST 396 for details. Feel free to contact me if you have any questions.

The articles the students wrote are listed there as well. This is just the syllabus for the Wikipedia assignment. I have a whole other one for the course itself.

You may wonder how much class time I spent on Wikipedia. I certainly didn’t want this to become a class in social media or Wikipedia. Learning how to format things for Wikipedia isn’t difficult, and there are lots of online resources on Wikipedia itself to instruct students in how to italicize, change font size, do references, etc.

I lectured for 1.5 hours a week, and perhaps 0.5 additional hours per week (at most) were spent on taking the students through the basics of Wikipedia. Students met an additional 1 hour a week in tutorials that were organized around articles or book chapters. In other words, it was a conventional history course in all respects but the major assignment.

You might also be wondering if this assignment was more labour-intensive than the standard term paper. My honest answer is yes – but only a little more, and if I do it again, for this class or any of the others I teach, it will be easier.

Finally, you might be thinking that asking students to write encyclopedia articles contradicts everything we try to teach them! After all, we put lots of effort into helping students identify arguments and make them. An encyclopedia entry isn’t an argument: it’s a different genre of writing all together, a synthesis of the existing knowledge on a subject.

True, but I’ve come to see that writing a Wikipedia article can make students more critical of what they subsequently read. Moreover, writing an encyclopedia entry calls on a somewhat different, but equally valuable, set of skills; namely, ones of synthesis and balance. It also calls on students to deal with a subject as a whole, for an audience that was seeking a variety of information from these entries. One of my students laughed at herself when she recalled an exchange she had with one Wikipedian who pointed out that in writing about a hydroelectric dam she hadn’t mentioned it was built to generate electricity! “Oh, right….”

Here are my insights on what needs to happen to make this assignment work: